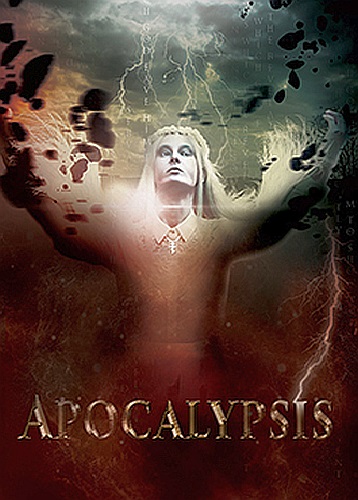 This story of a woman named Evelyn Rose (Maria Bruun), a Christian whose deep pondering of the Book of Revelations fills her mind with bizarre visions of frightening portent, and a man named Michael Banderwack (Chris O'Leary), a radical "hacktivist" bent on saving the world from itself even as the NSA use all their electronic surveillance might against him, is one endlessly intriguing and often beautiful work of cinematic art.

Visually, it reminds me of an updated version of 1982's cult sci-fi classic LIQUID SKY, both starring striking-looking female protagonists having disturbingly transformative experiences amidst a production designer's most fervid bursts of imagination.  It's as though David Lynch and Ridley Scott fell asleep in a candy store and collaborated on the same psychedelic dream. 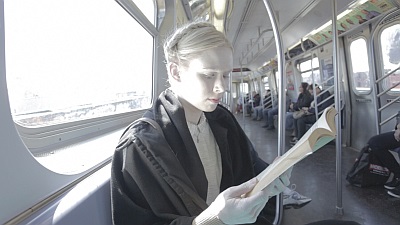 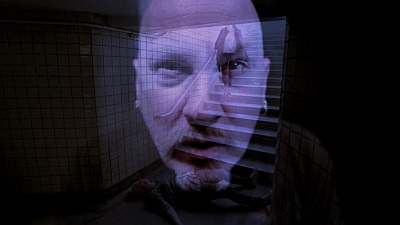 That aside, the story is instantly compelling despite being the third installment in a trilogy (the other films being IMAGINATION and GLITCH IN THE GRID). Evelyn works for a rare book seller while constantly experiencing mindblowing visions inspired by the pages of Revelations and rendered in wonderfully odd stop-motion animated vignettes by director Leiser.

Meanwhile, Michael stays one frantic step away from the NSA (tinfoil bedsheets and all) while doing his outlaw radio show and planning acts of uncivil disobedience against the increasingly oppressive Big Brother state.

This quest draws Evelyn and Michael together since both refuse to be "chipped" with an electronic "Mark of the Beast" under their skin and, in their own different ways, are willing to sacrifice their own lives for the collective good. 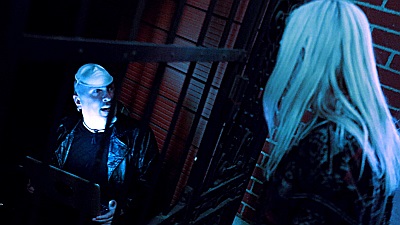 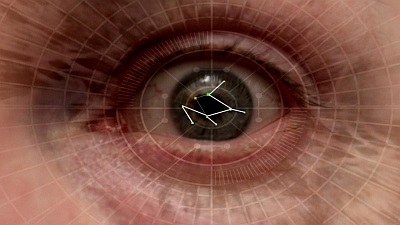 The fact that Michael is an atheist only makes their relationship more interesting.  Evelyn, an albino, looks almost as translucent as her guileless soul, and the two of them compliment each other.

Despite occasional lapses in this symbiotic pairing, as when Michael suspects Evelyn of being an NSA mole, they will ultimately be united in a final, potentially futile struggle against the coming New World Order.

O'Leary's Banderwack is funny and fun to watch, a character we can admire despite being something of a flake. As Evelyn, a woman steadfast in her faith and pure at heart, Bruun is compelling throughout. 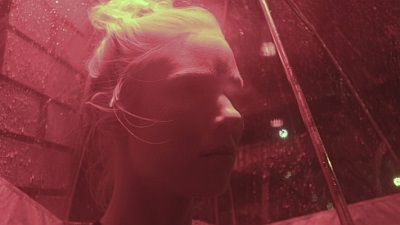 Angels are sent to watch over her--even disbeliever Michael gets a visit from one after he goes "off the grid" and is advised that Evelyn needs his help.  And for once, a character's religious faith is neither mocked nor treated as a freaky quirk.

Storywise, we're deposited into this already-in-progress trilogy just at the right point to be able to pick things up as though it were a stand-alone film. The intrigue between underground political dissidents and voyeuristic Big Brother agents hot to bring them in for "processing" is enough to keep things interesting, and then there's the likability of the lead characters as their experiences allow the best of themselves to come through.

My main and perhaps only disappointment is the abrupt ending, which makes this seem like the penultimate entry in a trilogy rather than a concluding one. But that aside, APOCALYPSIS is like a visually sumptuous cinematic art gallery with a plot.  Both my eyes and my mind found it dazzling.