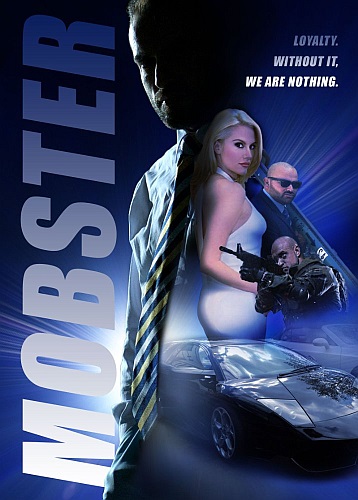 The fact that everything we see is either footage from Zarger's hidden tie-camera (complete with TERMINATOR-style data readouts) or various security and home video cameras is disorienting and a bit confusing at first.  Once I settled into it, however, the whole thing started coming together and getting really interesting and, yes, riveting. 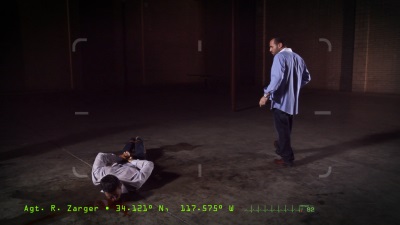 The details of their business dealings aren't important, however, compared to the internal intrigues--loyalties are bought, betrayals are harshly punished--and the hair-trigger clashes and power plays between the different gangs, be they Russian, Asian, Latino, etc.

It all gives big cheese Hadar endless opportunities to demonstrate what an arrogant, egotistical, and cunning loose cannon he is, constantly flexing his power in shockingly unexpected and violent ways.

Plot twists often hinge on certain key characters being revealed as disloyal, then dealt with quickly and, needless to say, harshly.  Like most gangster flicks, MOBSTER features sudden, shocking violence as traitors are made examples of and business competitors are eliminated in extreme ways. 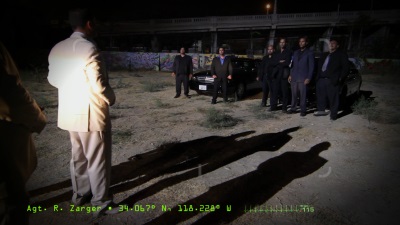 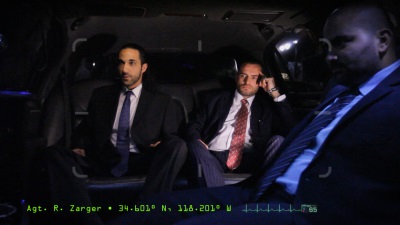 In one instance of the latter there's even a full-scale gun battle that's like something out of a war movie.  But the scariest examples are the ones in which a trusted ally's duplicity is revealed and revenge is meted out on a personal level, usually by the bloodthirsty Hadar himself.

For this reason we're in constant fear that undercover agent Zarger will be found out, a prospect made more poignant by occasional video messages from his expectant wife and other candid home video footage of him during down time with fellow agents.

Ironically, we only rarely see the main character, although actor Michel Wakim does get a few chances to show his stuff on camera, particularly when he gets fed up with the whole thing and threatens to quit during an impassioned speech to himself. 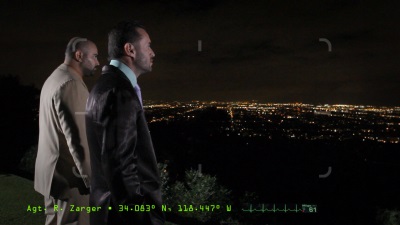 The rest of the cast are fine, especially Meni Aga as the unstable and always unpredictable Hadar, and production values are above-average for a "found-footage" story such as this.  The dialogue often crackles with danger and we're always on edge wondering what will happen next.

I didn't have very high expectations for MOBSTER but those that I did have were quickly met and surpassed.  Of course, it isn't on the same level as something by Martin Scorcese or Francis Ford Coppola--no surprise there--but if you like the kind of movies they make, chances are this one will hit the bullseye with you as well.